Today, Bodmin Moor is a sparsely populated wilderness, but 3,000 years ago it was a bustling hub of civilisation…

The British Bronze Age spans well over a thousand years from 2,400 – 800 BC, and can be broadly described as the period during which the first metals, including copper, silver and gold, were introduced to the region. During this time, bronze became particularly significant: sharper, longer-lasting, and more dazzling than the stone tools it slowly began to replace, bronze became the must-have material in Britain, Europe, and beyond.

Cornwall, however, was in a fairly unique situation. Making bronze requires plenty of copper and tin, and it just so happened that Cornwall sits on one of the richest tin sources in Europe. As a result, it became the nexus of a vast trade network  that stretched down the Atlantic coast, into central Europe and beyond. How did Cornwall’s Bronze Age people react to this new-found natural wealth?

Archaeologically, we can tell that the Bronze Age was an exciting time of pronounced social change, with consequences even more profound than the first discovery and use of metals.  The period can be sub-divided in a number of different ways, but it is most commonly discussed in terms of the Early, Middle and Late Bronze Age.

The Early Bronze Age (c. 2400-1600 cal BC), is characterised by the construction of impressive monuments. Many were used as burial monuments, into which human remains as well as valuable items were placed. So far, however, archaeologists have found little evidence for where people lived during this time. Of the few Early Bronze Age houses that have been discovered, one of the very earliest is in Cornwall.

Located at Sennen, it has been radiocarbon dated to around 2400-2100 cal BC, making it one of the oldest roundhouses in the country. By comparison to this scant domestic evidence, the Cornish landscape is peppered with hundreds of barrows, ring cairns, standing stones, and other monumental Bronze Age constructions. This leaves archaeologists in a bit of a fix: we know quite a lot about how Early Bronze Age people were buried, but relatively little about where they lived.

During the Middle (1600-1150 cal BC) and Late Bronze Age (1150 – 800 cal BC), archaeologists observe quite the opposite trend. The construction of monuments appears to stop, and there is a housing boom. What is going on?

This also happens to be the time during which Britain’s second agricultural revolution kicked off. The first agricultural revolution occurred in the Neolithic, when people started cultivating domesticated plant species such as wheat and barley. This early attempt at agriculture didn’t last long, and the occupants of ancient Britain returned to the harvesting of wild plant species and a more pastoral way of life we know call transhumance: the herding of small groups of animals between basecamps as the seasons changed.

Then, in the Middle Bronze Age, reliance on domesticated plants began to flourish once again with species like beans, spelt, and peas appearing, and the move to a more sedentary lifestyle became permanent. Along with this new way of life, people started building homes; few places seem to have been a more desirable location than Cornwall, where archaeologists have identified hundreds of potential Bronze Age settlements. The environmental evidence from many Cornish settlements clearly reflects this new farming boom, but whether or not this means people at all of these settlements were sedentary is still up for debate. The recently discovered Bronze Age village near St Neot could certainly help us understand what people ate, how long they stayed, and ultimately could bring us a step closer to understanding just how permanent these communities really were.

At the same time that people changed their eating habits and started building homes on a previously unseen scale, there is also a rise in evidence that archaeologists interpret as signs of competition, including the items people wore, the way they groomed themselves, and the size of the feasts they seemed to be enjoying.

These competitive displays may also have occasionally turned violent, as the development of ever more complex weaponry in the Bronze Age seems to suggests. Archaeologists have yet to decide exactly how people dealt with conflict: did they prepare their homes by building ditches and palisades? Did they retreat to secluded, less visible locations? Or did these bouts of violence simply remain one-off events between individuals? There are still plenty of questions about the Bronze Age to be answered.

What we can say is that it was a period of profound change in technology, agriculture and society. In Cornwall, these developments were amplified by the region’s abundant wealth of the period’s key resource: tin.

While Cornwall held a prominent position in a vast trade network, it also developed its own clear regional identity, most obviously visible in a unique style of pottery, called ‘Trevisker’ ware. Its settlements also seem to vary from place to place, each having some distinctive architectural attributes.

The newly discovered settlement at West Northwood Farm near St Neot provides us with an incredible opportunity to learn more about this important period. By examining a Cornish Bronze Age village, and by looking at the remains left behind by its occupants, we’ll be able to explore how life changed over the Middle to Late Bronze Age, and even into the Early Iron Age. Furthermore, by investigating a portion of the settlement’s outer ditch we will get a peek at fantastic evidence that may help us understand what was it for – and  help to answer the question about whether a Cornish person’s (round)home literally was their castle? 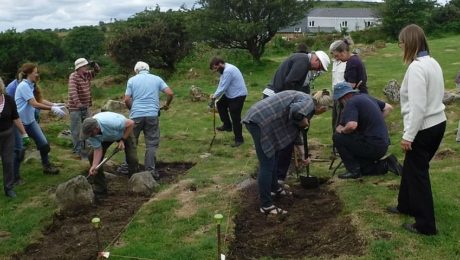 Today, Bodmin Moor is a sparsely populated wilderness, but 3,000 years ago it was a bustling hub of civilisation 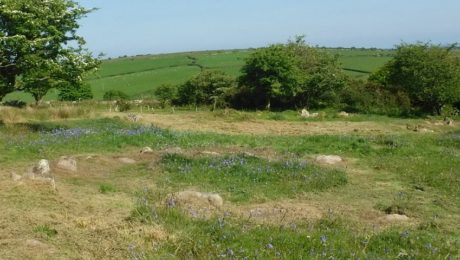 Living In A Roundhouse

The remains of these small, circular buildings can provide an incredible insight into life on Bodmin Moor 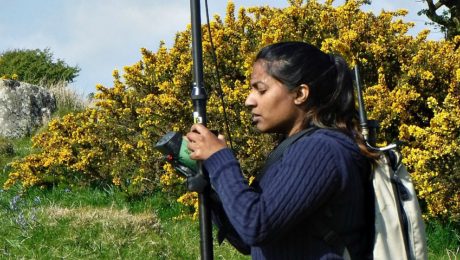 How The Site Was Discovered

When Nick and Jenny Hart scraped back decades of brambly undergrowth, they were astonished by what they saw… 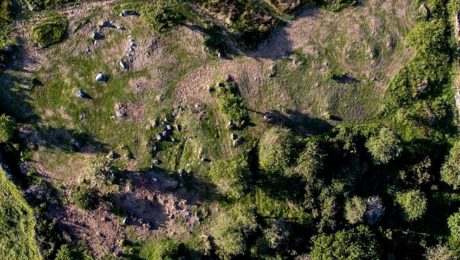 Where Are We Digging?

Together, we're excavating two more roundhouses, plus part of the settlement's enclosure 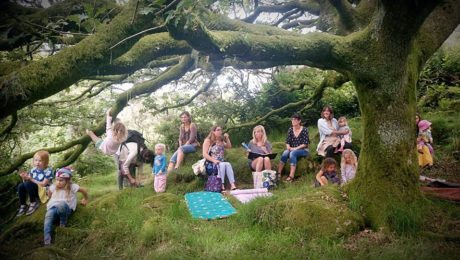 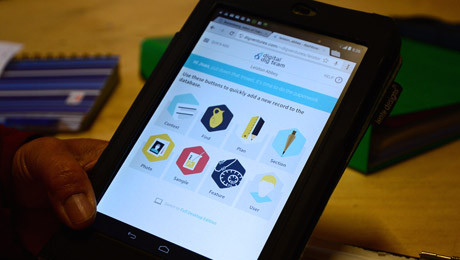 Follow the action live from the trenches, or read the in-depth reports we created with your help

Archaeology / In Your Hands